Mercury Retrograde and ET-Tannin, in the Dragon’s Head – Public

Mercury Retrograde, flirting with Saturn and Et-Tannin, in the Draco Constellation  – ANSWER TO COMMENTS BELOW

Woah! This is so excitingâ€¦ had a weird feeling in the middle of the nightâ€¦ this article was not supposed to include any astrology; look at that conjunction: Mercury retrogrades and Â plays around El Tanin, Gamma Draconis,  in the Draco Constellation!! With a conjunction with Saturn! Cannot wait to add a little AAGelic interpretation! 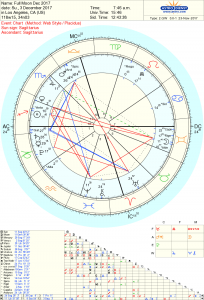 MERCURY RETROGRADE and THE EYE OF THE DRAGON

Of course, first 3D rule: no panic, Mercury is retrograde Â if you are sending, ordering gifts or post cards, do it early. Post office will be late! In home, in the Virgo. According to Vivian Robson, Fixed star Etamin, the â€œright eye of the Dragonâ€, gamma Draco â€œhas a Saturn-Jupiter nature with Martian influence. According to tradition, the Saturnian predominance will give a liking for solitude. Good mental concentration.â€ Astrologyking.com

The name of the star varies, Etamin â€¦Â  the Arabic called it Al Raas al Tinnin, the Dragonâ€™s head. In the famous astronomical drawing, El-Tanin is seen in the Snakesâ€™s ear.

Cannot be confused with the lunar node designation as Dragonâ€™s head, Caput Dragonis.

In mythos, DRACO was the guardian of the golden apples in the Garden of the Hesperides; Hercules, sent by the gods, succeeded in stealing the apples. Draco he is also the Python slain by the solar god Apollo/Mikael. Both myth relates to the story of the Archangel Michael slaying the Dragon = necessity of the Creator-godâ€™s Higher Self/Head to master and dominate His lower self/tail to allow and control the process of creation-evolution. (See Amen).

the moon is conjunct Aldebaran [9.47 Gemini, right eye of the Bull, often connected to the Archangel Michael] and Antares while, on the opposite side, Sun conjuncts Antares. Antares sits at 9.47 Sagittarius and is the Alpha star in the Scorpio Constellation. Antares and Aldebaran, Royal Stars, are often associated with the Archangels.

So, we are on an axis Gemini Sagittarius, with Taurus/Scorpios qualities. Axes show how energies, opposites complete each other.

in the lore, Horus, as a child, was stung by a scorpion and helped by Thoth; when Orion became enthralled with power and ego, he was stopped by a scorpion.

the moon is the Queen sitting between the Bullâ€™s horns. Â

And Mars is conjunct Spica, queen of Virgo and opposite Uranus,â€¦ quite an explosive situation.

T square with Neptune at the top, Sun and Moon. Everything can be veiled or deceitful ; in the present you could feel insecure, or not make the right decisions, because you see or interpret things hidden by your own Neptunian self. but we must add the beneficial energy of Jupiter, illuminating Neptune or reveling the Neptunian schemes, illusion (revealing because Jupiter sits in the Scorpio- See last article, Jupiter in Scorpio).

All this coupled with Mercury retrograding with a Zest of Dragonesc energy, flirting with Saturn (past, karma, structures) leading us to the ancient time when Thuban/Draco was in charge. and we , Mercury is retrograde at 29 Sagittarius, this is also happening in concert with theÂ  Galactic Center at 27 degrees.

PREPARE FOR THE NEW TIME-LINE

We will not have a webinar this Wend. I prefer to keep my ‘isolation’ policy.  The planetary and astral aspects are too important to risk spoiling them with mixed-matched energies.

As evidenced through comments and questions, we each discover things and move-on when we are ready. In French:  ˜have you landed yet? I call it discovering the Americas after C.Columbus, if he ever did¦.

The hard training that you have received with Me has opened —or re-enforced, let’s be humble— your ability to jump in time and become consciously multi-dimensional. To those who regretted the ˜mental’  and technical training¦ have you understood how important the mind is? You can work on your emotional issues elsewhere.

Translation attempt : by noticing events that look irrational, one can exit the ordinary linear time, and create a new structure of reality”. Landed?

Technically speaking, this sentence is not fully accurate. It is not ˜by paying attention or recording extraordinary events” that one creates a new reality. It just shows that you have evolved enough, re-trained your brain and your mind =the translator], helped by the transformation of the Earth Field itself, that you CAN BRING IN, OPEN, SEE time-frames (for a better word) coming together, or other moments-in-time appearing in what seems to be the present.

Time has never been linear. It is our education, within the matrix and mind-set that made it linear. Â If you believe that you are in a box, and cannot see the OTHER boxes, you believe that the box is the world.

The opportunity to experience, to feel in your body, the time-lines-crossings  (present and what is called past) is REENFORCED NOW, because of Mercury is retrograding and coming closer to Saturn -re-read the last article. MERCURY RETROGRADE AND ET-TANNIN.

Stop working on the past. Watch your mind, wandering around. Stop it each time that it goes into the past or into old patterns. Â Stop your emotional body and your second chakras from interfering.

A visualization that you could do, if you think that you need it. Imagine yourself in a train. Each wagon is in fact a part of your experience in the last cycle and time-line [you could call them past-lives]. You arrive in a new train station, filled with light and love, a transfer station.

You exit this train and walk to a different platform. On this platform [same as Harry Potter movie] is another train, that you must be able to see and hop in. This is the new time-line.

Jupiter and Venus align with the Galactic Center

Saturn, Chronos, Cronus, how are you impacted?